For Energy Efficiency companies like PCB Insulators, we have a lot of tools of the trade available to us that we use to diagnose issues in your home. One of the really cool ones is our FLIR camera. 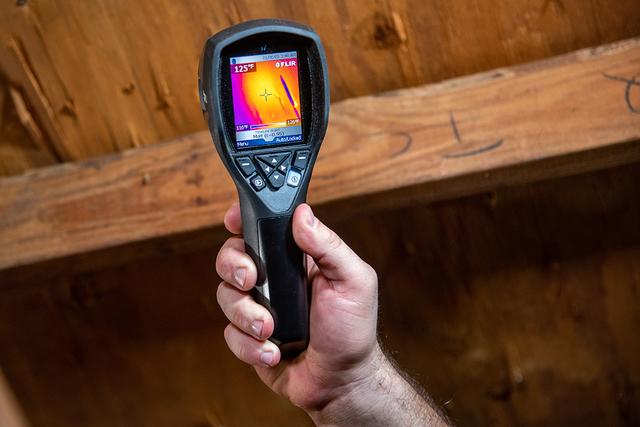 So first, we should probably explain what “FLIR” means. FLIR stands for Forward Looking Infra Red. FLIR technology was developed in the early 1960’s but for many us, we were first introduced to FLIR in the 1987 Arnold Schwarzenegger movie “Predator”. (no disrespect to co-stars Jessie the Body Ventura and Carl Weathers) FLIR is what the Predator used to get a “heat signature” of his prey. (spoiler alert: recall that Arnold covers himself cold mud to fool the infrared)

There are other uses for FLIR (besides hunting Arnold through South American jungles). Today, FLIR is used for military purposes too. For your PCB Insulators Specialist however, he uses a FLIR camera to identify changes in temperature due to leaks, unsealed gaps and holes, around can lights, bath fans, and more! The closer to blues and whites in the spectrum, the cooler the temperature. Closer to reds, yellows, the hotter the temperature. So in the summer, the FLIR camera could show where all of the cold, conditioned air is leaking out into your attic. The space where the leak occurs would appear in a darker yellow or red, indicating hotter air seeping in.

Take a look at this photo of a recent job in Peoria, IL. This shows the regular camera view, then the FLIR camera view next to it. Where the circle is on the photo to the right, that shows 71.8 degrees. See the blue in that photo? Now see where it says 32.6? That is the temperature of the blue area! This customer was losing LOTS OF HEAT just through this large gap! 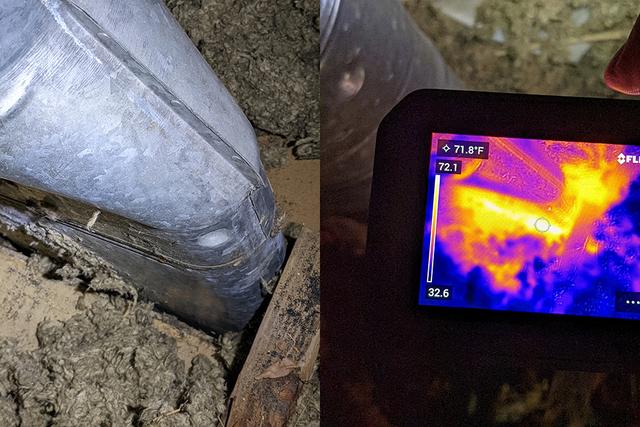 Some gaps are visible to the eye, others require FLIR cameras to detect. Don’t leave it to guess work, call the experts at PCB Insulators today for a FREE Whole Home Health Audit. We will even bring the FLIR camera and show you the areas that require our attention!

Back to Previous Page
Back to News & Events
Related Categories: Tools of the Trade

We serve the following areas